We are wrapping up the last few days of September and into October we roll! I can’t believe it has been about two weeks since my Birthday! I’m not really sure where time has gone, other than I know it hasn’t really gone towards reading. My last book that I completed really put me into a reading slump. Plus I had been recovering from a bad cold and working two jobs took a lot of energy. I also started catching up on some of the shows I had been watching. I usually do a yearly binge of True Blood, American Horror Story and Once Upon a Time. Those are some of my favorite shows.

I finally decided what I wanted to buy from Barnes & Noble with my Birthday gift card from a dear friend. I decided on two books from a childhood favorite author of mine, and a newly released YA Horror novel that I’d been eyeing. I’ve never actually read Matilda, so I am extremely excited to dive into that book! 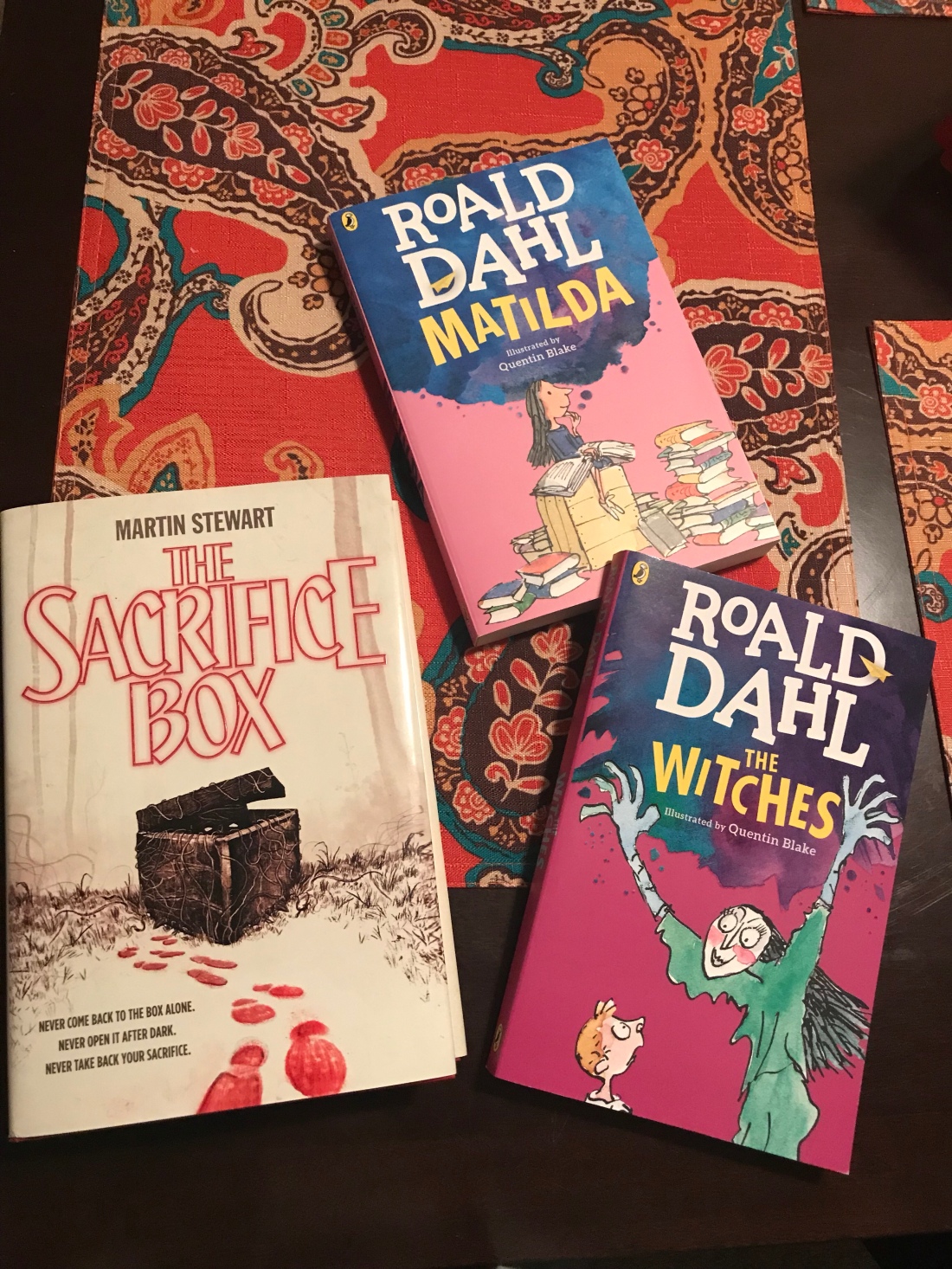 Recently the pages have been flying by a little quicker again. I decided to balance two books and an audiobook at the same time, as audio books seem to keep me in the mood to read more than when I just have two print books going. There is something about listening to the story while I’m driving that gets me wanting for more by the time I’m home and inside my apartment. My current audio book is called Golden Age by James Maxwell and it is the first book in the Shifting Tides series, of which there are currently four books. My two print edition books that I’m reading are a Western called Carry the Wind by Terry C. Johnston, which is about a young man named Josiah Paddock who decides to run away from his past in St. Louis and he crosses the path of a mountain man named ‘Ol Scratch as the story follows their survival in the wilderness surrounding the Grand Tetons. I’ve always loved a good western, especially with mountain men in them as they always have unique and burly personalities. The other print edition book I’m reading is one of the October group reads for a Facebook group I help run, and it is called The Librarian of Auschwitz by Antonio Iturbe. This story is a true story based on the accounts of Dita Kraus, who was a prisoner in the Nazi concentration camp called Auschwitz-Birkenau. A famous camp known as a death camp where the majority of the Jewish victims of WWII were put to death in gas chambers. Dita’s story of how she was in charge of handling and hiding the smuggled books is a gripping one so far and almost too hard to believe. I’m about 100 pages into that book at the moment and am absolutely loving it, as it is a YA Non-Fiction novel that has been translated from Spanish to English.

Coming up in the world of reading for me…. Horror!!! Lots of Horror! 👻🎃 Some of the books I plan to read are the new YA Horror novel pictured above. I will also be reading with my group on Facebook a book called The Asylum for Wayward Victorian Girls by Emilie Autumn, and on my own for my local book club I’loved be reading a True Crime book called Helter Skelter by Vincent Bugliosi, Whig is about the Manson murders and cult. If I get through those three I’d love to read Dracula and reread Stephen King’s The Shining, as I feel those would be great Halloween spooky reads. As long as I’m reading something I’m happy, so if I don’t get to everything then that’s ok!

Well one of my current reads is calling me back. Until next time, Happy Reading!! 🤓

One thought on “As time passes, so do the pages…”