I received a ebook copy of Crown of Coral and Pearl by Mara Rutherford from NetGalley, and I was immediately drawn to it by the description and it’s cover. 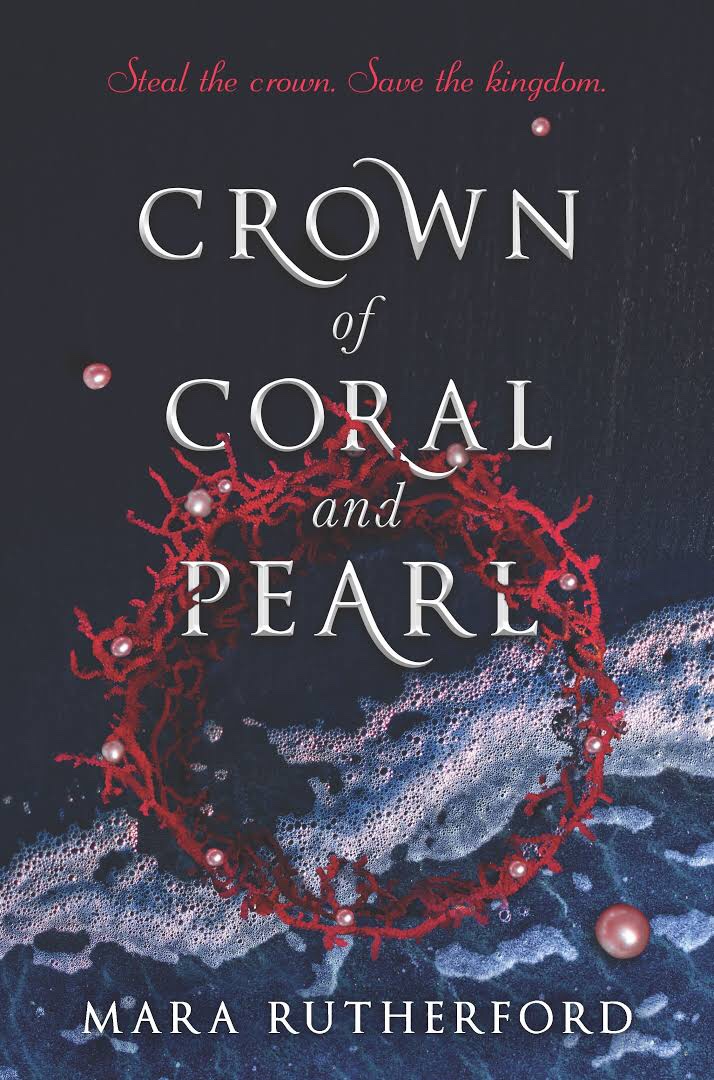 It’s absolutely gorgeous and hello, there is the ocean and people have an entire village suspended over it! Amazing!!! I seriously love anything to do with the ocean, but even more so when there is folklore behind it (real or made up).

“For generations, the princes of Ilara have married the most beautiful maidens from the ocean village of Varenia. But though every girl longs to be chosen as the next princess, the cost of becoming royalty is higher than any of them could ever imagine…

Nor once dreamed of seeing the wondrous wealth and beauty of Ilara, the kingdom that’s ruled her village for as long as anyone can remember. But when a childhood accident left her with a permanent scar, it became clear that her identical twin sister, Zadie, would likely be chosen to marry the Crown Prince—while Nor remained behind, unable to ever set foot on land.

Then Zadie is gravely injured, and Nor is sent to Ilara in her place. To Nor’s dismay, her future husband, Prince Ceren, is as forbidding and cold as his home—a castle carved into a mountain and devoid of sunlight. And as she grows closer to Ceren’s brother, the charming Prince Talin, Nor uncovers startling truths about a failing royal bloodline, a murdered queen…and a plot to destroy the home she was once so eager to leave.

In order to save her people, Nor must learn to negotiate the treacherous protocols of a court where lies reign and obsession rules. But discovering her own formidable strength may be the one move that costs her everything: the crown, Varenia and Zadie.”

Everyone needs to read this book!!!! I couldn’t put it down!!!! I was even sneaking time on my phone on Mother’s Day just to keep reading it. 😳😂 I absolutely loved the magic of the village of Varenia and the magic and danger surrounding the Blood Coral. Not to mention who doesn’t love a cruel prince and a love triangle? Nor and Zadie definitely share an unbreakable twin bond and it was so heartwarming and heartbreaking to see how far they would go for each other. Tarin is definitely my newest book boyfriend, so hands off ladies!! He’s the younger half-brother of Ceren, the Prince and crown regent who is to marry Nor (disguised as Zadie). The character development was well done, and the world building is great! I want to know more about what is outside or surrounding Varenia and Ilara though, so maybe that will come with a sequel? Hope so!

I don’t feel that this story is quite finished based on the ending of the book, so I’ll be heartbroken if I find out that Mara isn’t planning on writing a sequel. I just didn’t feel there was enough of a resolution for it to be a standalone. However, this is definitely another ⭐️⭐️⭐️⭐️⭐️ read for me! I can’t believe how many 5 star reads I’ve had this year, but hey… I’m not complaining!! Keep ’em coming! 😃

Ok well I have to get moving and off to work soon, not that I’ll be functional after the book hangover this read has left me with. 😂 Happy Reading friends! 🤓