It’s been a while since I’ve shared any food that I’ve whipped up in the kitchen! Tonight I had a fun time making Portobello Mushroom Pizzas!! 😋 I might even prefer these to regular pizza.

Mmmmm, melty cheese. I used a garlic red sauce, pickled jalapeños (I like spicy), Parmesan cheese, dried oregano, then topped with shredded mozzarella and Gouda. I even drizzled a little balsamic on top! It was amazing, and I might have had two of them. You just have to make sure to brush the portobello with olive oil before you pop them in the oven, then cook 10-15 minutes at 400 degrees. 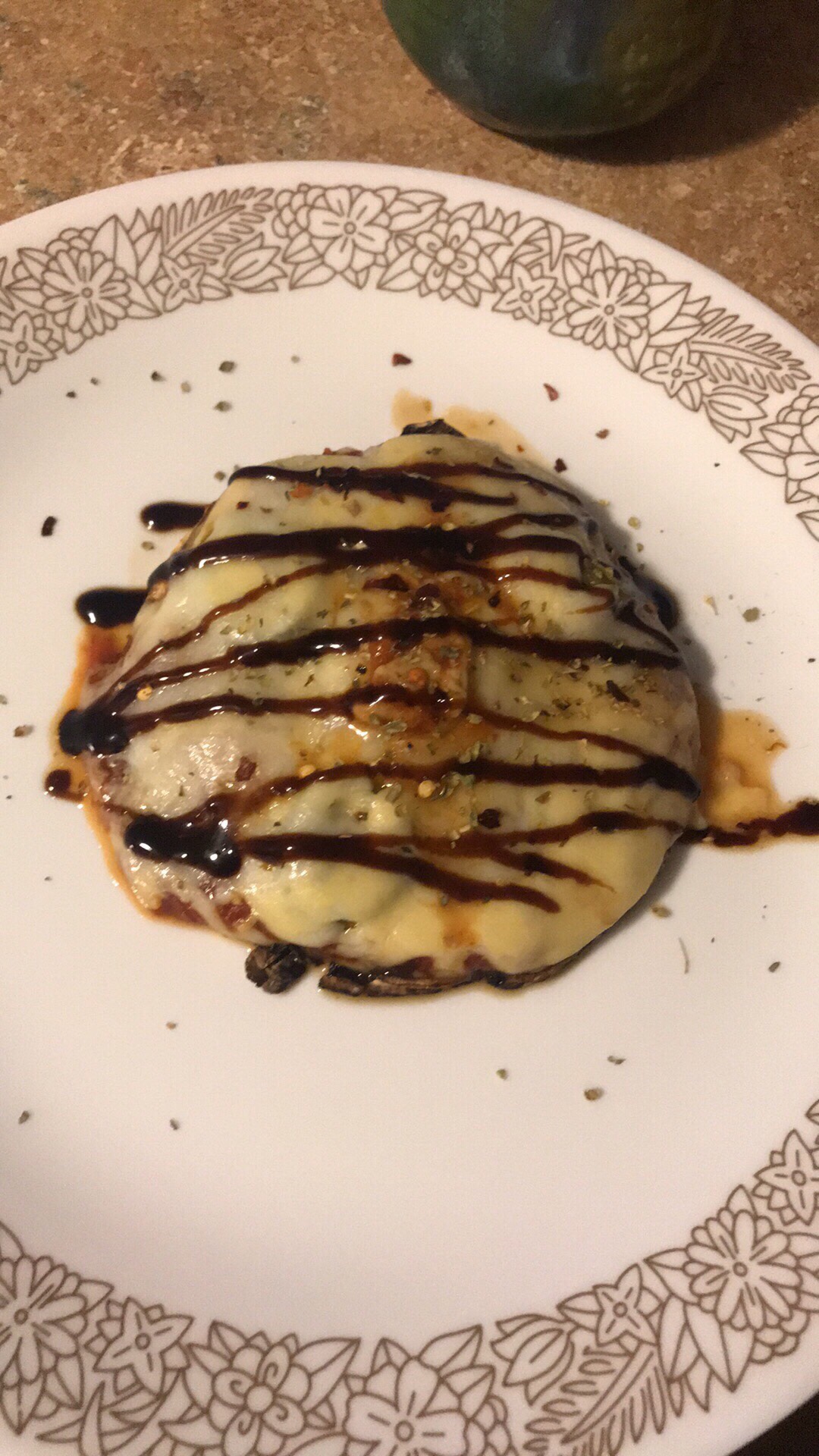 The only thing I might do differently next time is cut back on the cheese, but overall this will definitely become a regular in my kitchen! Now we get down to the good stuff!

Last weekend I managed to finish 6 books! I finished an audio book, an ebook and 4 graphic novels!

It was an amazing reading weekend for me, and I really credit it to the fact that I felt a little under the weather over the weekend. Baxter was a good nurse and we just laid on the couch and read it watched tv. My favorite read was Sea of Monsters as I am absolutely loving the Percy Jackson series, it’s such a great series with Greek mythology and fun action!

This week I’ve read 3 more books! Two audiobooks and my last graphic novel that I got from the Library.

My current read is The Poppy War by R.F. Kuang and I’m just about 40 pages in and really enjoying it so far!

Description from goodreads- “When Rin aced the Keju—the Empire-wide test to find the most talented youth to learn at the Academies—it was a shock to everyone: to the test officials, who couldn’t believe a war orphan from Rooster Province could pass without cheating; to Rin’s guardians, who believed they’d finally be able to marry her off and further their criminal enterprise; and to Rin herself, who realized she was finally free of the servitude and despair that had made up her daily existence. That she got into Sinegard—the most elite military school in Nikan—was even more surprising.

Because being a dark-skinned peasant girl from the south is not an easy thing at Sinegard. Targeted from the outset by rival classmates for her color, poverty, and gender, Rin discovers she possesses a lethal, unearthly power—an aptitude for the nearly-mythical art of shamanism. Exploring the depths of her gift with the help of a seemingly insane teacher and psychoactive substances, Rin learns that gods long thought dead are very much alive—and that mastering control over those powers could mean more than just surviving school.

For while the Nikara Empire is at peace, the Federation of Mugen still lurks across a narrow sea. The militarily advanced Federation occupied Nikan for decades after the First Poppy War, and only barely lost the continent in the Second. And while most of the people are complacent to go about their lives, a few are aware that a Third Poppy War is just a spark away . . .

Rin’s shamanic powers may be the only way to save her people. But as she finds out more about the god that has chosen her, the vengeful Phoenix, she fears that winning the war may cost her humanity . . . and that it may already be too late.”

Well, I’m off to keep reading! I hope everyone has a great night! 😊